My previous post discussed the second category of Bulgakov scholarship: The Master and Margarita as a product of previous literary traditions. I presented an overview of scholarship on Bulgakov’s connection to pre-revolutionary Russian authors (i.e., Dostoevsky, Tolstoy, and Gogol) and literary traditions (symbolism and romanticism), as well as the link between The Master and Margarita and Goethe’s Faust.

This post offers the third category of scholarly investigation into The Master and Margarita which focus on Bulgakov’s philosophical and theological concerns with the human condition. This avenue of scholarship suggests that the essence of humanity for Bulgakov centers on the issue of personal responsibility and morality, and implies the existence of a cooperative relationship between the human and supernatural realm such that humanity could not exist without its connection to the divine. For example, W. J. Leatherbarrow suggests The Master and Margarita “asserts the importance of individual responsibility and personal choice” and implies that what an individual “believes in is the only reality.”[1] For Edward Ericson, the novel’s concern with human beings (Ivan, Pilate, the Master, Margarita) and their experience of the supernatural (Woland and Yeshua) reflects Bulgakov’s understanding that the human story refers “to the transcendent spiritual dimension.”[2] Leatherbarrow observes that narrative elements pointing to the divine further suggest a concern with the existence of a supernatural justice that corrects the wrongs committed by human hands.[3]

While Soviet critics tended to downplay the novel’s religious elements in favor of its social elements, A. Colin Wright observes, Western scholars widely acknowledge religious aspects of The Master and Margarita,[4] for example: the novel’s apocalyptic,[5] Hebraic,[6] cosmological,[7] Gnostic,[8] and numerological[9] elements; the novel’s portrayal of Pontius Pilate and Yeshua;[10] and the novel’s statements on good, evil, and Satan.[11] Given the novel’s religious and theological symbolism, Ericson maintains that theology is the key to interpreting The Master and Margarita and doubts that Bulgakov worried about what “the authorities would find acceptable” in his writing, choosing instead to compose The Master and Margarita according to “what he really felt and believed.”[12] Ericson notes that the presence of Christian theological themes within the novel does not mean that Bulgakov was a committed Christian. However, Ericson does refer to the novel as “Bulgakov’s spiritual—specifically, Christian—testament,” which viewed contemporary events in the Stalinist Soviet Union “as a manifestation of that perennial conflict between the kingdom of light and the kingdom of darkness.”[13] George Krugovoy calls The Master and Margarita “a variation of twentieth century Christian gnosis”[14] that offers “not only a philosophical, religious, and social interpretation of life, but also calls to its creative spiritual regeneration.”[15]

Religious and philosophical analysis of The Master and Margarita suggests the placement of life in the Soviet Union into an apocryphal framework where daily life was seen as a metaphorical battle between forces of good and forces of evil, battles wherein humanity must work with the divine to prevail.

Next time: A Look at Lingering Questions concerning the “Double Novel” and the narrative’s source

[3] Leatherbarrow, “The Devil and the Creative Visionary,” 39.

[5] See Ericson, The Apocalyptic Vision; David M. Bethea, The Shape of Apocalypse in Modern Russian Fiction (Princeton: Princeton University Press, 1989) and “History as Hippodrome: The Apocalyptic Horse and Rider in The Master and Margarita,” Russian Review 41, no. 4 (Oct., 1982): 373-99.

[8] See George Krugovoy, The Gnostic Novel of Mikhail Bulgakov: Sources and Exegesis (Lanham, N.Y.: The University Press of America,1991); Edythe C. Haber, “The Mythic Bulgakov: The Master and Margarita and Arthur Drew’s The Christ Myth,” The Slavic and East European Journal 43, no. 2 (Summer, 1999): 347-60. 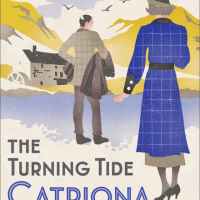 "Love The One You're With"

Prescribing solutions to ease the stress of student life

My blog about the kids, homeschooling, daily life in general.

Stories to make you feel better.